HBCUs are causing a buzz right now. Rightfully so.

Called “the biggest recruiting victory the internet has been around for” by SI.com, it begs the question – “What would this mean for the financial future of HBCUs if more top talent went to historically black colleges and universities?” – which was addressed in this opinion column on MSNBC. Football often provides the financial footing for universities as a whole. HBCUs across the country are struggling.

The challenges, successes, history, and culture of HBCUs is not something I’ve been too familiar with because I did not attend an HBCU, and have only visited the more well-known names like Spelman, Morehouse, and Clark Atlanta.

When The University of the Virgin Islands’ Athletic Director, Dr. Jerel Drew, reached out to me on LinkedIn about potentially working with them on their upcoming HBCU Basketball Classic at their campus in St. Thomas in November 2021, I was excited!

But wait…all of a sudden a flurry of questions flooded my mind. There’s an HBCU in the US Virgin Islands?

This is the ONLY HBCU in the Caribbean. Period.

And no one (certainly not me) knew about it. Wow. Now, I was definitely all in. From a marketing perspective, this was an opportunity to not only travel to a beautiful island, but to take on something new by creating something they’ve never created before.

The challenge? Successfully marketing a basketball tournament to an audience that really didn’t exist, and with no existing marketing materials, other than a new athletics logo that the AD commissioned by Phoenix Design Works.

Here’s the kicker…me and my team had 6 weeks to pull it off.

My goal as a content creator and storyteller was to sell what they already had, and they had a lot of it.

A beautiful location. State of the art facilities. Postcard good looks. We didn’t need to create it, we just needed to tell people about it.

Before we could start telling people about the first-ever UVI HBCU Basketball Classic, I wanted our photo & video team to capture all that the university had to offer visually; while the rest of the team was working on event branding, coordinating with participating teams and sponsors, creating a social media presence, and drafting key messaging. We were going to create their event marketing and some institutional marketing assets, while acting strategically to sell tickets to this tournament at lightning speed.

We were working around the clock, but the monthly trips to St. Thomas made it worth it. Rum punch on the beach, anyone?

What resulted was a lot of firsts for the university. They hosted a week of homecoming events that included a welcome reception for the visiting teams, 12 games played over three days (four per day), a hall of fame induction ceremony with 10 new members admitted to UVI’s hall of fame, new sponsor recognition, half time performances, on site activation for fraternities and sororities, and also some down time for the students to enjoy meeting their peers at the beach.

After all, this was the first live sporting event that happened in the US Virgin Islands since the start of the pandemic.

“It felt like a Division 1 tournament.” – Dr. Jerel Drew

That’s what the visiting teams echoed to Dr. Drew after it was over.

Creating high quality event marketing materials that included banners, posters, large format items in the arena, and a collector’s brochure were key to making that happen.

As for the TB Media Group team, we had so much fun, enjoyed a rewarding experience, and accomplished what we set out to do.

We helped put this HBCU on the map.

They had multiple requests from schools around the nation to participate next year, increased attention and validity around the event for potential sponsors (from one LinkedIn post alone, a company reached out interested in giving $25,000 to the Athletics Department), and exceeded our sold tickets goal for the dry run of this inaugural event.

Here’s a highlight of some of the results we saw:

And of course all of this great content was captured, shared, and amplified by the community, participants, students and partners in real time. It was really fun to see!

My thoughts on the buzz around HBCUs? Don’t count them out.

It takes money to put on quality events and attract support from students, fans, sponsors, and the larger community. Athletics can be a driver for that, more than ever for HBCUs. We are seeing this at schools across the country.

At The University of the Virgin Islands, they are just getting started.

TB Media Group is proud to have played a role in it.

Tamika Bickham is the Founder and Chief Storyteller of TB Media Group. You can learn more about what they do at tbmediagroup.com and on tamikabickham.com or contact her at tamika@tbmediagroup.com. 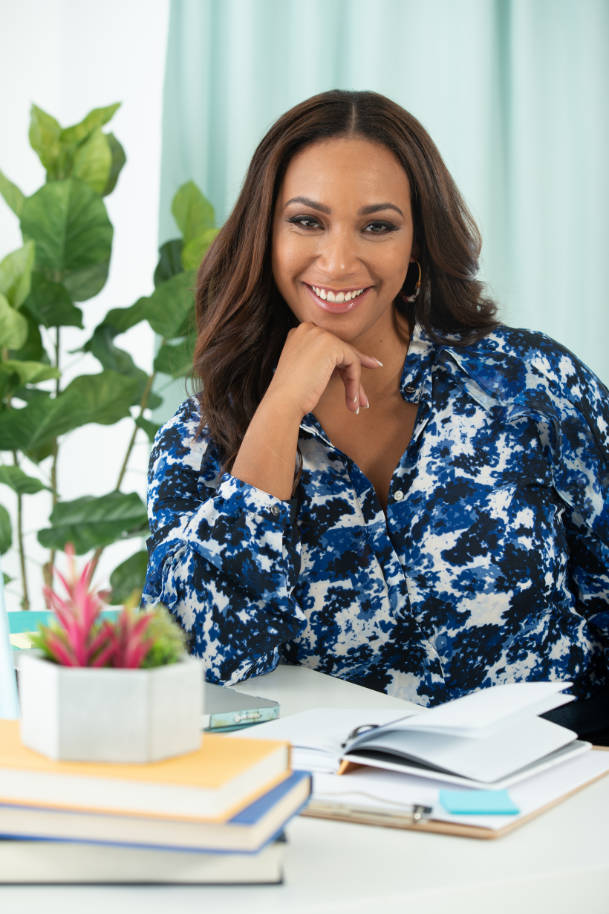