In this week’s episode of Lift U Up: Inspiring Health Stories, Susie Levan tells the chilling tale of how she and her family nearly lost their lives. One night in 1988, Susie and her new husband returned home to the unimaginable – three gunmen waiting for them in their home. From that moment on, their lives changed forever. Susie was kidnapped along with her young daughter and spent hours held hostage in a trunk, convinced they were not going to survive. What happens next is a harrowing and traumatic tale to say the least, but she recovered and turned that trauma into action.

Since that day, Susie has lived out her divine purpose with a life dedicated to empowering other women to live their best lives. She poured her passion into her nonprofit Work-Life Balance Institute for Women, her bimonthly Women’s Wisdom Circle, and her book Getting to Forgiveness. She also is a certified non-denominational pastoral counselor, hypnotherapist, teacher of meditation, life coach, and Reiki master.

In 1988, Susie Levan married the love of her life, the CEO of a local bank, who just three months later was the target of a bank robbery. When she and her husband arrived home after an evening out, they were met by three gunmen who told the couple that they were going to rob Mr. Levan’s bank the following morning, with his help. One sleepless night later, the armed men executed their plan. Susie and her 7-year-old daughter were forced into the trunk of their car where they spent several hours with very little oxygen.

Susie knew that it was not likely they would survive for very long on a warm day in South Florida, but she did everything she could to stay calm for her daughter. At one point, Susie began to pray. She explains the powerful moment when she felt her spirit leave her body towards a bright light. She had a conversation with a being who let her know that everything would be okay. She was told that she would survive and live on to spend the rest of her life empowering other women.

Susie describes the moment when her spirit was returned to her physical body as fast as it had left and she suddenly heard sirens surrounding the car. She and her daughter were reunited with her husband, all safe, but tremendously shaken. Susie spent the next two years recovering from her traumatic experience, and notes that she was never the same person she once was and she now had a new life purpose.

Susie took the baby steps towards recovery through counseling and meditation where she learned to become fierce and not live in fear. From then on, Susie went back to school to learn these tools and share them with thousands of other women. She opened her own counseling practice, hosted a Women’s Wisdom Circle, opened the Work Life Balance Institute for Women, and wrote her book Getting to Forgiveness.

Today, Susie says she is living out her purpose. And the path it took to get her here? She would not trade it for anything.

Where to find Susie Levan: 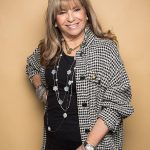